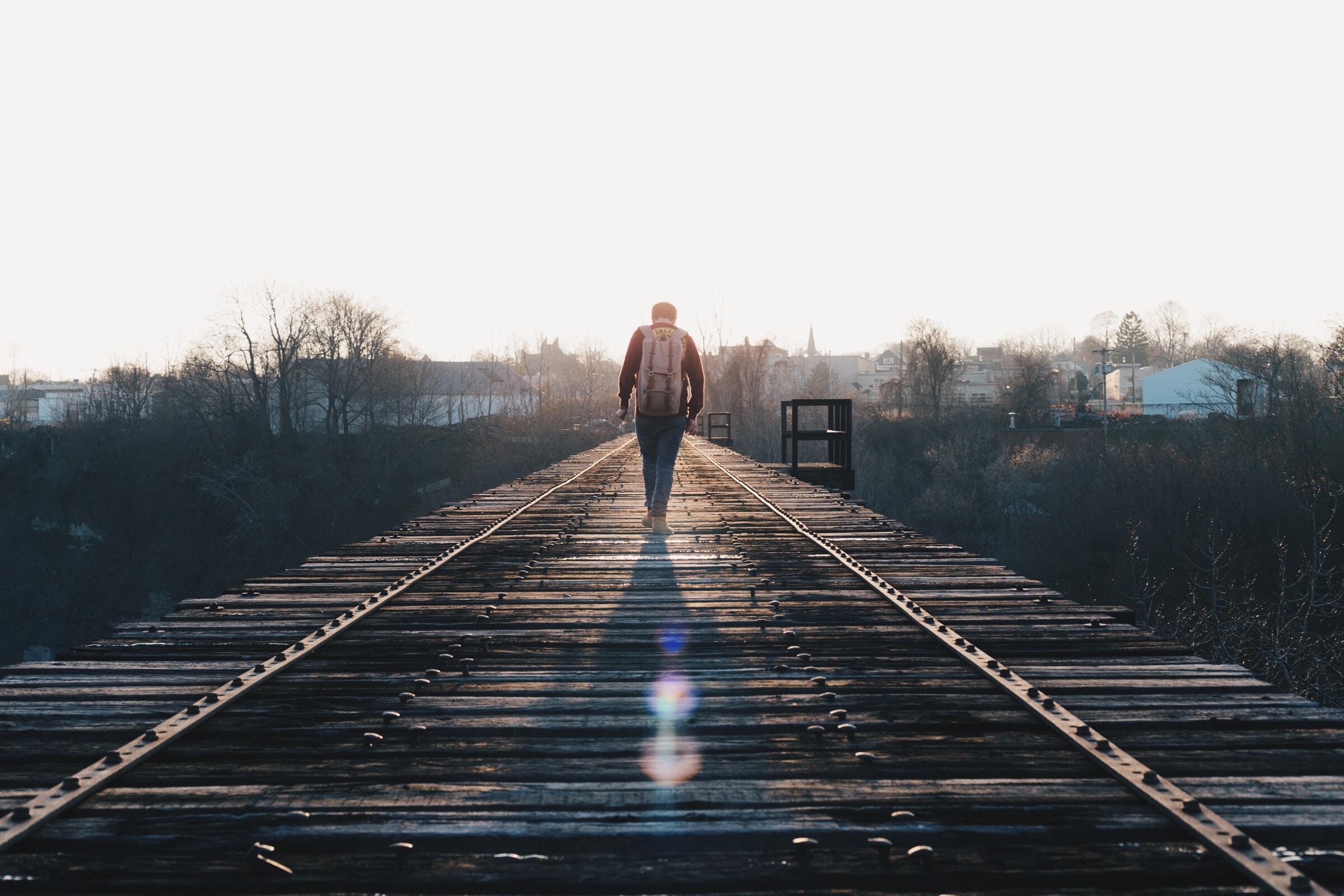 Jesus was often alone. Yes, he had a team and some very close friends he spent tons of time with, but you’ll often find him alone in the Gospels.

This is a highly nuanced point about the life of Jesus. Mostly I would encourage you, and me, to live in community. Be with good people whom you can learn and grow and serve with. You know the old adage “If you want to go fast, go alone. If you want to go far, go together.” And it’s true.

Jesus chose twelve men to walk with. He also seemed to choose about the same number of women to always be around and be part of the great Team Jesus, making about twenty-five men and women in total. These people were fully committed to one another.

He also spent more time with three of them, who were his little band of brothers: Peter, James, and John. And among them—at least according to John—he had a best friend. Yes, you guessed it: John.

The gospel writers referenced larger circles of Jesus followers as well. There were the crowds, thousands of them, interested enough in Jesus to risk running out of food to follow him across the lake. And there were the 120, gathered in community after his crucifixion. We see the seventy-two who were very committed, sent out by Jesus to neighboring villages to show what Jesus’ Kingdom was like.

So Jesus had the crowds, the 120, the seventy-two, the twenty-five, the twelve, the three, and the one.

If you’re relatively normal in how you do relationships, you’ll have loads of acquaintances and a hundred or so “friends”—people you know by first and last name and see somewhat regularly.

And then you might have about twenty-five or so who you would call for help of some kind.

And twelve who you’d count as real friends. Three who are really close friends. And one best friend.

Jesus was actually pretty normal in his friendship circles. He recognized his need for friends. People to share his ups and downs. Do you think he was faking discouragement when he came back and found his three BFFs sound asleep on the most dramatically horrible night of his life? No way. He was totally and completely bummed. And he let them know!

Jesus had real friends, real enemies, and real conversations. Some of the conversations went well, and some . . . not so much. But he lived out his life in the midst of community.

Nonetheless, sometimes he stood alone. He said things that alienated others and made decisions that no one else understood or agreed with.

Do you remember early in Jesus’ ministry when he and his new disciples were in Capernaum? He had just endeared himself to Peter by healing the fisherman’s mother-in-law. The sick and demon possessed were being set free. The book of Mark says that “the whole town gathered at the door.” By all accounts, it was a great night.

Early the next morning, Jesus sneaked out to pray alone. Reading into his motives a bit, I think he understood the temptation to go with the crowd. So he pulled away for perspective. To have a conversation with his dad.

His solitude was cut short by Peter and his friends exclaiming, essentially, “What the heck are you doing? Everyone is looking for you! You should get back and keep doing miracles like yesterday!”

But Jesus made a different decision. That time alone gave him discernment and courage to stand alone, even from his closest friends. He risked being misunderstood to choose what was right and best.

Jesus had many Braveheart moments. And there were others in the Bible who had courage to go it alone when necessary. Mary. Paul. Peter. Rahab. Joshua. Many chose the lonely path.

So here’s the tricky part: how do you know when to go with your conviction that no one agrees with, or when to listen to your team of friends and be willing to leave your conviction at the altar?

Here’s what I’ve learned so far—a general rule of thumb that may help. The great majority of the time, it’s wise to listen to and heed the advice of your spouse, family, and close trusted friends. Those with track records of giving you wise counsel. Then on the rare occasion when you just know that you have to stand up and say something to someone or do something that isn’t popular, do it. If it turns out you’re wrong, admit it and move on.

Here is an example from my life. I was traveling to Somalia. ’Twas the night before we were to fly in. My companions and I were relaxing before our big trip, when we heard the news that the head of the region we needed to fly through had threatened to shoot us down upon entering his airspace. At first we thought he was bluffing, but with some legitimate investigation, we learned he was serious. We talked. We prayed. We wrung our hands. At the end of the night, my friends, including the pilot, decided it was too risky. I don’t relish death threats. Although I really do look forward to meeting Jesus face-to-face, I like my life. I’m not quite ready to leave it yet.

But I knew I needed to go. I felt God speak to me in an unusually clear way about going to Somalia. So I let them know that if need be, I’d go in alone.

Long story short, we all went in. And we didn’t get shot down. And it turned out that the threat by this neighboring leader was instrumental to our getting to actually meet him, introduce ourselves, and get his blessing to help the people of Somalia. So, thankfully, it all turned out okay. But it might not have. That was the risk I was taking in standing alone.

When you think you need to make a risky decision or confront someone or say something difficult to a friend, run it by your spouse or a couple of people who know you well. Listen carefully to what they have to say. But in the end, it’s your choice.

This week think of how you might step out and be brave and perhaps go against the grain. It might be inviting a neighbor to dinner, having a conversation with one of your kids about something that isn’t quite right, or talking to a coworker who needs to know that you care enough to share your faith. You might feel alone, and you might actually be alone. And that’s okay, because you do have one who is with you! If it doesn’t work out the way you feel it should, humble yourself. Trust God to accomplish what he wants in spite of your mistakes and imperfections.

This excerpt was taken from Carl’s book, 42 Seconds: The Jesus Model for Everyday Interactions, which released on April 17, 2018.

Photo by Dan Gribbin on Unsplash