James Comey, Jesus, and the Power of Indecision and Silence 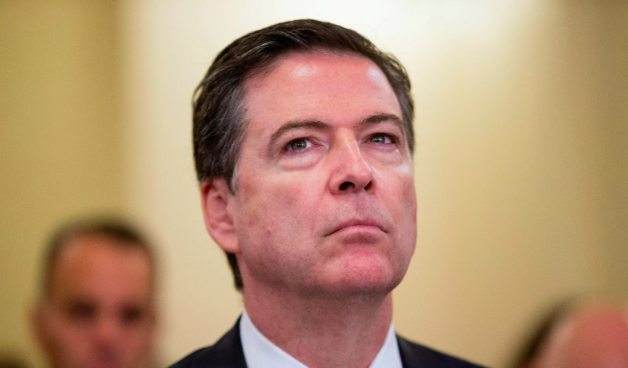 I should’ve been doing a 1000 other things on my plate this morning, but instead I opted to watch James Comey testify before the Senate committee.  Talk about pressure! Imagine being grilled by a dozen of the smartest and most powerful men and women in the world – who have their own agendas for the most part – about things as serious as your nine private talks with the U.S. President, Russia interfering in our politics, and the role of the President’s National Security Advisor in the Russian affair.

Well, for the most part, he didn’t answer their questions.  Or, gave one word answers.  Or said, “I can’t answer that.”  He was often silent.  Comey clearly avoided the temptation to pontificate on several occasions.  He said several times that he thought it was wiser to “do nothing” than to do something.

It’s interesting that most of us like strong, decisive leaders–ones that speak their mind and aren’t wishy-washy when it comes to making decisions.  But Jesus wasn’t like that.  He often (usually) didn’t answer questions directly. He, like Comey today, was grilled by the most powerful people in the world.  Religious and political leaders asked him pointed questions meant to trap him and trip him up. But, their strategy failed. We might suggest that it didn’t work because Jesus was….well, Jesus. But remember that he was a fully human man…with all the temptations to explain himself and defend his actions that any of us would have. The only thing is, he didn’t do it.

Jesus responded to trick/difficult questions in one of three ways:

1.  He just didn’t answer.  Total silence. Have you ever tried just not answering a question? Literally remaining silent? It’s really really hard to do. Jesus did it.

2.  He asked another question.  John chapter 19 gives us a peak into Jesus’ demeanor where he does both of these – he doesn’t answer and then when pushed answers with a question. Pilate says to Jesus “Where are you from?”  And Jesus was silent (point #1).  Pilate pushes and said “Don’t you realize that I have power to release or crucify you?”   That pushed Jesus to reply with an implied question:  You have no power over me unless it’s given to from above. So who has the greater sin? It’s the one who handed me over to you.

That’s a bit of a question concealed inside a statement, but more often than not, Jesus simply responds with a question. Not an “answer” (as we think of answers), but simply a question. Often open-ended. Sometimes a better gotcha question than the one asked of him. He was the master at asking a more probing thoughtful question rather than just answering the question directly. This – like remaining silent – is very hard to do.

“What do you say about divorce” the pharisees asked him. He replied “What did Moses say?”

Again, a well meaning man ran up to Jesus and called him “Good teacher.” Jesus replied with “Why do you call me good?”

3. Finally, Jesus responded to questions with a story. Often one that didn’t seem clearly connected to the question. We call these fuzzy story answers “parables”, and they were most often told in response to religious leaders asking him tough/trick questions.  Luke 15 is such an example. Jesus shares the three stories of a lost sheep, a lost coin and a lost son in response to the pharisees and teachers of the law complaining about him. (To hear some really interesting talks about Jesus’ parables, check out these from the 2015 Simply Jesus Gathering and, while your at it, think about registering for the 2017 Simply Gathering this July 20-23 in Vail Valley, CO!)

The power of a good story as an answer to a question has almost been totally lost on us in our modern quick-answer, tweetable, culture.

James Comey in his powerful, clear and compelling testimony today employed all three of these techniques.

And, periodically, he answered directly and pointedly – as did Jesus. Did President Trump lie? A clear yes, several times from Comey.  Did the Russians interfere?  A big “for sure yes” answer from Comey. No doubt, there is a time for direct, straight forward answers.

But, in our world of 24/7 access to media and emails that are expected to be answered within the same day –could it be that silence or telling a story might sometimes be the best and most reasonable response?  Might choosing to NOT choose, (which appears indecisive) be the most powerful decision of all?

When Jesus remained silent or responded with a question or a random story, I’m sure those around him thought he was a bit flaky. Indecisive. Not a clear leader with a confident vision. They wanted someone more like King Saul or perhaps a pharisee who always knew the answers.  But Jesus was 100% confident in who he was and where he was going, which gave him the power to be silent and even appear indecisive.

James Comey showed us some of that today.  And Jesus lived that out 2000 years ago.  Maybe we should too.