Israel: A Homeland for All Jews? 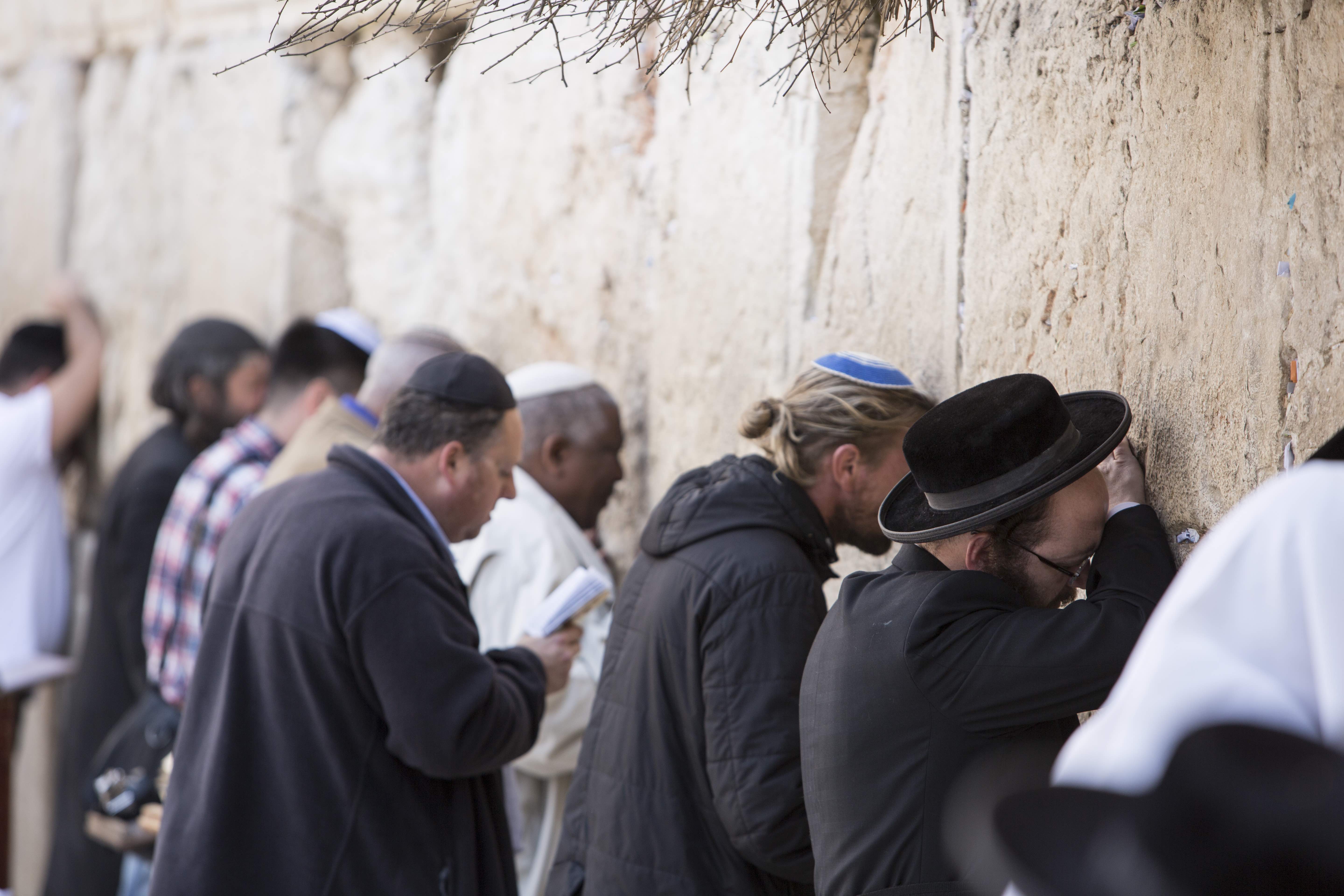 Brian Newman is a good friend. I know him. I trust him. He’s 100% Jewish and yet believes that Jesus of Nazareth was and is the Messiah that many Jews are still waiting for. He doesn’t think of himself as “Christian.” He’s Jewish.

Brian’s heart is to communicate in a way that Jews, Christians and Arabs will hear – really hear. I think you’ll find this piece stunning. Carl

Everyone wants a home. One of my greatest fears is to be homeless, or worse, to be excluded from my home. Nobody wants to live in exile.

My people know exile and exclusion all too well. My people — the Jews — wandered in a desert for 40 years; lived in exile for 70 years across present-day Iraq; and more recently, have suffered numerous persecutions and expulsions in the 19th and 20th centuries.

This is why a “homeland” in the land of Israel was so crucial to the Jews. After six million Jews were killed in the Holocaust, the felt need for a Jewish homeland was profound. In 1948, the State of Israel was born — the culmination of 100 years of the Zionist movement in Europe.

Two years later, in 1950, the Israeli Knesset passed the Law of Return. The law states that any ethnic Jew (both parents being fully Jewish) has a right to return to live in the land, what is known as “making Aliyah” (to go up or to ascend).

In 1970 the Israeli government both broadened the definition of “Who is a Jew” and limited it at the same time in regards to the Law of Return. On the one hand, a Jew is now someone with a Jewish mother; the father can be a non-Jew. On the other hand, a person is deemed a Jew as long as he “is not a member of another religion.”

Last year I decided to apply for Aliyah. I have the credentials for making Aliyah based on the more narrow 1950 regulations:

And so I applied.

Last week I received notification from the Israeli Ministry of Interior that “due to your belief in Yeshua (Jesus) you are considered as one who has taken on another religion according to the Law of Return. Therefore, we cannot recommend an Oleh visa for you at this time.”

Not only is this deeply disappointing to me personally, it leaves me wondering what the Israeli government is trying to convey in this decision:

I have received feedback and opinions about the decision since I posted it on Social Media. The responses come from three main audiences, to whom I have three questions.

I love my people and I am grateful that we have a homeland. Today Jews have a tremendous amount of security and safety, regardless of whether a handful of people or nations say they want to destroy us.

The 14 million Jews in the world- half of whom are in Eretz (Land of) Israel – are self-made, self-sufficient, and self-secure. We have disproportionate influence in our world. Consider the number of Jewish politicians, entertainers, and business people in the United States and Israel. We are indeed “mensches” (hard-working people of honor)!

This is why I am left with a vexing question: Why are we so fearful of Yeshua and no other religious figures? What is it about Yeshua that freaks us out so much?

I was interviewed a number of times by Israeli officials in the process of applying for Aliyah. The first question related to religion that was asked was: “How do you feel about Yeshua?”

The patient woman who was interviewing me rolled her eyes and moved onto another question. Later she came back to Yeshua.

“Do you believe Yeshua is the Messiah?”

“What do you mean by the word ‘Messiah,’ since we Jews have divergent views on this?” I asked.

She persisted, a bit irritated now. “Do you believe he is the savior?”

“I believe he was a Jewish rabbi,” I began. “I think we can both agree that his teaching was amazing in the rabbinic tradition.

“And yes, I believe everything that Jesus claimed,” I said. Then I added, “I believe that he is the Savior of Israel first and foremost.”

Perhaps this interaction “sealed the deal” for my application to be rejected. But why? What is it about Yeshua that scares us so much?

During the Aliyah application process I joined a number of webinars with potential olim (Hebrew for those who “go up” and make Aliyah). Many of them are secular Jews – either agnostic or atheist. These people would label themselves “non-religious.” There were also a few Jewish Buddhists, someone who is B’haia, and another who believes in reincarnation and I think is Hindu.

And then there was me! Someone on the call asked me to describe myself. “I’m Jewish. I follow Jesus. I don’t like religious labels though,” I said. “I would love to see true shalom in Israel.”

There was dead silence on the call. I think everyone thought I was a bit meshugana (crazy)! Perhaps I am.

The 1970 amendment to the Law of Return says, “For the purposes of this Law, ‘Jew’ means a person who was born of a Jewish mother or has become converted to Judaism and who is not a member of another religion.”

Why is it that a Jewish person who is a Buddhist can make Aliyah while a Jewish person who believes in Jesus cannot? And if a Jew becomes an atheist is he then excluded because he has changed religions, since he does not believe in Judaism any more?

Does the Law of Return say that members of all religions besides Judaism are to be excluded from making Aliyah? It seems that way to me.

I am deeply grateful for Christians’ support for the Jewish people. I am also critical of a type of “blind loyalty” to my people (or to any people group, for that matter). That kind of loyalty is not good for us (Jews) in the long run.

The question for Christians is this: How do you harmonize the belief that the state of Israel is the fulfillment of biblical prophecy while denying a Jew the right to live in the land?

Perhaps it could be argued that I am no longer Jewish and I am now a “foreigner.” Even if you make this extreme argument, should not Israel welcome the foreigner/alien as is commanded of the people of God in the Old Testament (Leviticus 19:33-34, Leviticus 24-25)?

The more pressing issue and my greatest concern is that many Christians “turn a blind eye” to Israel’s transgressions, as if to say, “Israel can do no wrong because they are God’s chosen people.”.

Hear this from a Jewish person: You do a great disservice to my people when you do not challenge our fears and prejudices! I know that non-Jews are very, very wary of criticizing Jews because of the history of persecution we have suffered. However, when you do not lovingly challenge our worldview and beliefs, we hear that those beliefs (and prejudices) are valid and appropriate. And we as a people remain stuck in those fears.

A Messianic Jewish friend of mine wrote to me this week and said, “as much as I wish and believe that your and my Jewish ethnicity should trump our Christian faith when it comes to Israel’s immigration policies, I personally can not completely blame them (or bash them) for not rolling out the red carpet for us considering how badly our Jewish ancestors were treated by those who hailed Jesus as their Savior.”

This is a common response from Christians and Jews alike when it comes to the Jewish rejection of Jesus and his followers. The argument goes like this: “People who called themselves ‘Christians’ persecuted our ancestors, so we will have nothing to do with Jesus or anyone who professes to follow him.”

I grew up with this paranoid worldview. I know it too well. And when it is not challenged we give passive validity to it.

Audience 3: Those Who Oppose Israel

Some people oppose a Jewish state of Israel on theological grounds, others on political grounds. When I posted on Facebook that my application for Aliyah had been denied, most of the people who commented or shared my post were those who oppose Israel.

Some of you are my friends and I respect you. Some of you are from Arab (and Palestinian) backgrounds. Some are Lebanese and were in your country in 1982 and 2006 when the Israeli military dropped bombs there. You have a unique and important perspective in relation to Israel and I respect that.

My question for you is this: What would happen if you challenged Israelis and other Jews to actually fulfill their calling as the People of God? Today this means following Yeshua as many Gentiles have done.

What if you did not fight the theological battle of whether the Jews have the “right” to the land, but rather called Israelis to actually live in the land in the way that God told us to 3,000 years ago? If the Law of Return says that only Jews who maintain their religion can live in the land then hold them accountable to that.

If you only challenge our transgressions and shortcomings, we will react out of fear of persecution and an attitude of, “Everyone is out to get us.” We Jews know this story line all too well. So challenge the story line by calling us to the higher standard as the People of God.

Peacemakers in the Promised Land

Jesus said, “Blessed are the peacemakers, for they will be called children of God.” (Matthew 5:9)

I applied for Aliyah because I want to live in my people’s homeland. I want to be there as a peacemaker among Jews and other cultures. I want to live in or near Jerusalem, that great city of peace (jeru-salem) that has no peace. That city which Jesus looked upon from the Mount of Olives and wept over.

We need to fight for this! Fight for the state of Israel giving permission to all types of peacemakers to live in the country. Then there will be a return from Exile for Jew and Gentile alike – and the Land of Israel will become the Promised Land once again.

Brian Newman is part of The Isaac Ishmael Initiative, which promotes shalom to Jews and Muslims. He lives with his wife in Denver, Colorado. They have two grown children. You can contact Brian at bnewman5280@nullgmail.com or check out the website www.isaac-ishmael.us.