My Three Days in Sudan 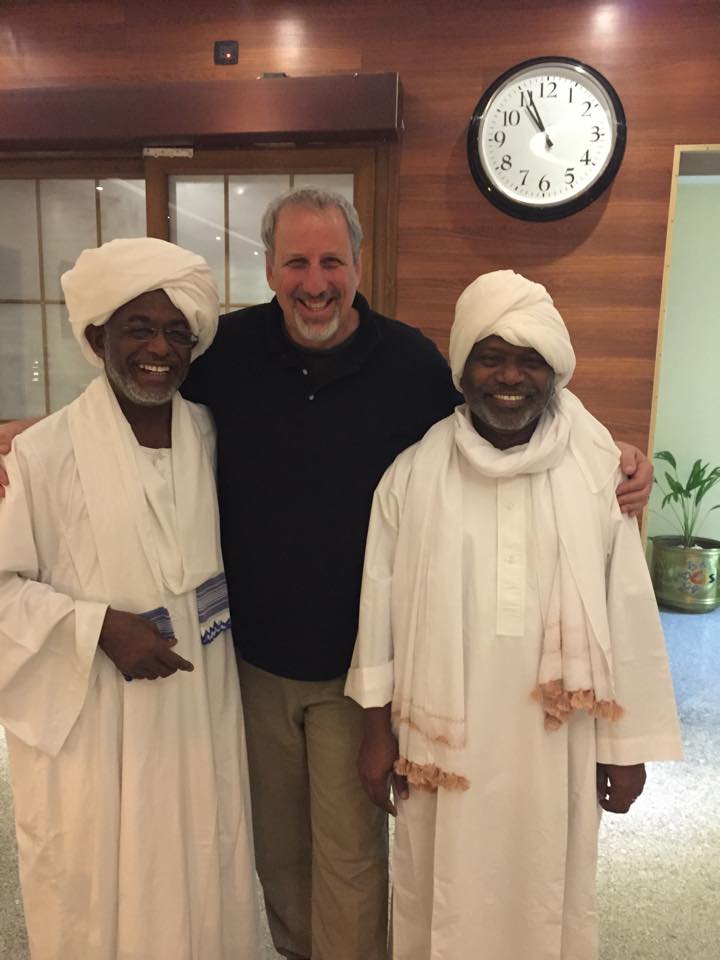 Darfur. Genocide. Persecution of Christians.  Sanctions.  A rogue nation that supports terrorism.   The man who got me my visa has been accused of behind a  “a behind-the-scenes engineer of government atrocities.”  All in all, a scary place full of scary people.

These words that first come to mind for many when we play the association game with “Sudan,” were the words ringing in my own ears as I left the Dubai airport.  But my whole adult life, I’ve experienced the dissonance between what I’ve heard about scary places and what I see for myself.  Below is the Sudan I experienced.

I write this from the capital city of the North – Khartoum. I traveled earlier this week from Dubai (where we have been the last five weeks).  I flew across the vast Saudi desert called “The Empty Quarter” (for good reason) in the complete darkness of night.  Slightly different than Moses, I then crossed the Red Sea, descending around midnight into the ancient land of Sudan.

The Sudan has a long proud history. Much like Egypt and Libya to the north and Ethiopia to the south, there is great historical and cultural richness that belong to the peoples of this land. 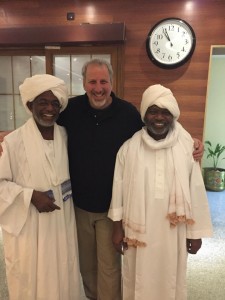 I came at the personal invitation of the Foreign Minister, Ali Karti.  One day last week, I received a call from the Sudanese Consular in Dubai and he simply said, “Come and pick up your visa.” One handshake later, I walked out with a one year multiple entry visa to Sudan.

We are staying at the beautiful Rotana hotel in downtown Khartoum, but we’ve met normal Sudanese on the streets, in shops, in a mall, at restaurants, and in the halls of power.  The message from all of them was the same – “Thank you for coming.  We love you. You are welcome in this country. Why does America hate us?”

Almost everyone I’ve met has said that. Muslims and Christians. Rich and poor.  The people of Sudan have welcomed me with the largest smiles and the most widely spread open arms that I’ve experienced anywhere.

Yesterday I was welcomed into the home of a top Islamic leader named Dr. Hassan Turabi.  He’s accused of fanning the flames of terror and supporting the dictator President Bashir in his efforts against both South Sudan and Darfur.  But my experience was much different.  He was warm, engaging, honest, and talked freely about personal faith, Jesus and Christianity. He had the kindest things to say about America.  You can watch a short interview I did with him for you below.

The man who organized the whole Peace and Prayer Conference I spoke at was indicted by the U.S. government on charges and spent several years under house arrest  in the U.S.

So here we go. Once again, my experience is not matching what I’ve heard. The skeptics of course say something along the lines of “Yes, but they’re just being nice to you because you’re a foreigner and a writer and they know you will write nice things about them.”  Or the even more skeptical of my brothers will say to me, “Carl, you’re SO naive.  Don’t you know that Muslims are taught to lie to Christians?”

For years, I’ve experienced this confusion.  Are “they” telling me the truth? Maybe I am being naive!  Maybe the Quran does encourage tricking Christians.  Maybe I’m being used.

Because one day I’ll be with a certain friend, and then the next day, with another who whispers in my ear that I need to “be careful” of the first.  And vice versa. So which one do I believe? Who’s the good one and who’s the bad? Does Sudan “sponsor terrorism?”  George Clooney seems to think so. My American government has made it almost impossible for me to come here and just as impossible to do business.

I’ve heard that Christians around Sudan are being persecuted. I’ve heard the stories. I haven’t experienced them, but I know some who say they have.  I’ve heard for years that the North is persecuting the South.  (Of course, now the south seems to be doing quite well at “persecuting” themselves, but that’s another story).

But then today I participated in a gathering called “The Peace Prayer Day.”  150 top leaders of this nation gathered with a handful of us from the West and wrestled with deep issues of faith and prayer and peace-making; to discuss and pray together. The atmosphere has been warm, inviting and electric with hope. The name of Jesus was raised high!  (You can listen to my little 11 minute talk at the bottom of the page.)

There were about 25 Christian leaders at this gathering and I asked several of them if they felt threatened. If they were being persecuted.  Or afraid for their lives.  They were Episcopalian and Anglican. Lutheran and Presbyterian.  Coptic Orthodox and Catholic.  Even the leader of the Evangelical Bible Society. When given the microphone each one proudly and clearly proclaimed the good news of Jesus Christ. Often taking great care to speak of the crucified Lord and always opening and closing by saying “In the name of the Father, the Son and the Holy Spirit.”  (The crucifixion and the trinity are perhaps the two most offensive things to a Muslim).

Christians here are an extreme minority for sure. And as such, they lack many of the freedoms granted to the Sunni majority.  There have been acts of persecution, but when I asked each of them which was worse – the U.S. sanctions against their country or persecution at the hands of Muslims, they smiled and clearly said that it’s the sanctions that are hurting their children.

Why are there sanctions?  Fear.  America is afraid of what might come out of Sudan, so without thinking deeply about the issue, the U.S. simply slaps sanctions on a whole nation.  While speaking to the top ranking U.S. embassy official in the country this morning, he clearly proclaimed that the sanctions were ridiculous.

Why do some Christians feel threatened?  Fear.  Fear of the unknown. Of the strong majority taking away their rights.  Fear of being hurt and even death.

But what does a dead man fear?  There are two ways to drive fear out. One is to die. Jesus calls us to come and die.  To follow him into his death. Dead men don’t fear.

The other is love. Love drives out fear. God’s love for us, when fully experienced, leaves us in a state of wondrous awe.  And when that love is shared with those around – whether or not they are reported to be good people or bad – love forms a bond that cannot easily be broken.

I’m now sitting on a plane back to Dubai. The flight attendant just came to me and said “What would you like for lunch sir?”

She laughed and said “Yep, you’ve been in Sudan all right.”

Maybe Sudan is dangerous after all and it was a vicious plot to kill me with way too much food and then hug me till I burst.

(This is the small speech that I gave to the leaders of Sudan.  Normally you don’t get to hear this kind of thing, but I recorded it this time just for you.)