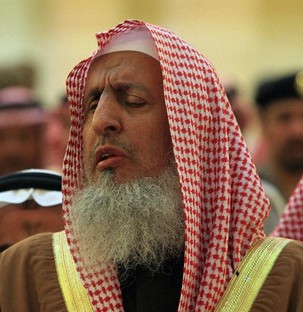 When we see Muslims committing acts of terror like the recent horror in Paris – there’s only one clarifying question that needs to be answered:  does the Quran or Islam, in some way, encourage such violence? As the Charlie Hebdo magazine released its new edition yesterday with prophet Muhammad on its cover, we can expect more violence – but does Islam or the Quran encourage it, or is this sort of violence simply the act of independent mad men (and a few mad women)?

There are a handful of principles we should abide by when looking at such a complex and controversial topic:

1.  Always be suspicious of my ability to understand your text.  I don’t like Muslims telling me what the Bible “really means.”  So let’s take their own scholars’ opinions seriously. We can be skeptical of them, but we have to at least know what Islamic scholars say their text (the Quran) means, before we decide what it means.

2.  Look carefully at the log of Christianity in our eye before pointing out the speck of Islam in their eyes.  The 2000 years of Christendom are ripe with horrible acts committed in the name of God.  And just like it’s difficult for us to “own” the Inquisition, burning people at the stake, the Crusades, the KKK, etc. – it’s difficult for most Muslims to own their own crazies.  Let’s at least acknowledge this truth before moving on.

3.  Love hopes all things, believes all things.  Let’s choose to  believe Muslims when the vast majority of them denounce such attacks as being “anti-Muslim.”  The Mufti of Saudi Arabia tweeted several times last year that “ISIS was the #1 enemy of Islam.”  Yet I continue to hear Christian and Western leaders saying that’s not true.  Let’s “think the best of others” and not the worst. 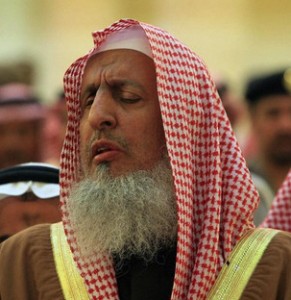 So, do Islam and the Quran encourage violence?

Using a rhetorical tool from Jesus himself, let me ask a different question.  Does the Bible encourage violence?

The answer could be “yes” to both questions.  Depending on how you count, there are over 100 passages in the Quran that encourage some type of violence in some context.  I’m fairly confident that the Bible (specifically the Old Testament and the book of Revelation) have more violent verses than the Quran.  The Bible encourages total genocide several times, the Quran never does.

The verses in the Quran that say things like “kill them wherever you find them” when read in context, end up much like those in the Bible – in context. The Old Testament in many ways was a revolutionary book in how humane it was compared to the cultures of the day. The idea of only taking one eye for one eye, was a way to stop ongoing violence.  It could be said the same for the Quran. Two of the most frequently quoted violent verses are Surah (chapter) 2 verses 189 and 190 and Surah 9 verse 4.  These are the “kill them wherever you find them” verses I hear Christians so often quoting.

But when read in context, understanding when and where they were written and reading the full passage, you see quite a different story of self defense, and even mercy. Unfortunately, to those who are convinced that all things from the Quran are by definition evil, these things are not considered.

Bottom line for me as a follower of Jesus and a believer that the final written word from God is revealed in the Bible, Jesus still wins the day.  No contest if we’re comparing the life of Christ with the life of Muhammad. Jesus comes out looking better at every turn. When we compare our mutual texts, it’s a little bit murky. Both Muslims and Christians have ways of “explaining” awkward passages.  We should respect each others’ scholars and when small groups from within that faith misuse their own holy books, we should go with the majority of interpreters.  I don’t want the KKK or those who call themselves Christians and yet condone rape and murder (think of “Christians” in Rwanda) to define my faith – so let’s not let the small minority of radical crazy Muslims define Islam.

When comparing our religions’ histories, and even our books, it can be complicated.  But when we lift up Jesus of Nazareth as our standard it becomes clearer.  Jesus wins the day, because he came to seek, save and serve those who are without light.  If Jesus walked the earth today he might be found in the back alleys of Afghanistan or sitting with a Mullah in Saudi Arabia.  Serving, not condemning. Loving, not judging.  And calling the least of these to follow him.  We will do the same.