What is the Future of Evangelism? 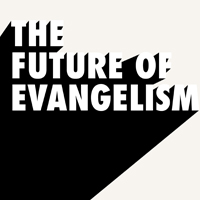 (Below is an interview by Rick Lawrence for GROUP Magazine with myself and Greg Stier, founder of Dare2Share Ministries.  The original can be found here.  It has been reproduced here with their permission.)

Forty years ago, when GROUP was an infant, the “rules of evangelism” were well-known and commonly accepted. “The Four Spiritual Laws” and “The Romans Road” and “If you were to die tonight, do you know where you’d be going?” had not yet been dismissed as hackneyed clichés.

Today, the cultural landscape is a harsh ecosystem for conventional ideas about evangelism. In youth ministry, it’s still high on the “to-do” list, but very few actually model or train students in how to do it. Confusion and guilt reign…

We have to find a way forward—a path that will lead young people (and us!) to a mindset that frees us to engage others about the person and promise of Jesus. So I asked two friends who are passionate about Jesus and natural evangelists, Carl Medearis and Greg Stier, to join me in a conversation about the future of evangelism. They come at this from very distinct vantage points…

Greg grew up in the rough underbelly of the culture, outside of the church—he’s the founder and long-time president of Dare2Share, as well as author of great resources including the small group curriculum, Evangephobia. Carl grew up as a PK, and is a long-time missionary to the Muslim world and author of the bestselling books Muslims, Christians, and Jesus, Tea With Hezbollah, and Speaking of Jesus.

We met at the offices of Dare2Share in Denver, and we video-recorded the entire conversation. We’ve condensed and split that recording into four parts.
http://vimeo.com/104025685

Rick  has been editor of GROUP Magazine for 26 years. He’s author of the just-released book Jesus-Centered Youth Ministry. He wrote the books Sifted and Shrewd and the upcoming Skin In the Game (2015) as an excuse to immerse himself in the presence of Jesus.  Follow him on Twitter @RickSkip, or send him an email at rlawrence@nullgroup.com.