The Old Catholics Were Right. The Bible’s Too Dangerous for the Average Person 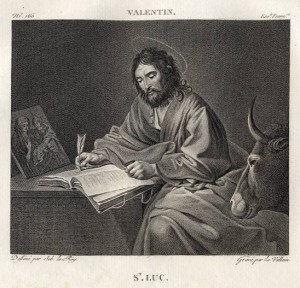 I grew up Protestant. Evangelical Pentecostal if we need to have exact labels. We were the good kind of Pentecostals – as opposed to the bad kind of course. We read the Bible. We memorized it. We took it seriously. I always won at Sword Drills and Bible Trivia – still do. Because my dad would quiz us kids every night at the table. Oh, and I’d go to Sunday school at 9:00 A.M. then to church at 10:00 – every Sunday, just like God told us to.

Then there was Sunday night service – often evangelistic – and Wednesday night Bible Study and prayer. Royal Rangers (a Christian version of Boy Scouts) was on Friday nights. Both Family Camp and Kids Camp were attended every summer and the occasional Revival Meetings and other special events meant I was in church from the age of Zero to 18 probably four days a week on average. The weird thing was, I mostly liked it. I didn’t rebel. Didn’t fight it – I learned. I could quote scriptures like nobody’s business. Man, I was good. The Bible Answer Boy!

And I still love the Bible. The B.I.B.L.E yes that’s the book for me. It’s true. I read it almost every day. Now on my iPad and iPhone and in my Twitter feed, but I still read and love it.

But I’ve started wondering if the old Catholics – you know, the Desert Fathers and the like – had it right. Tertullian. Augustine. Athanasius. Aquinus. Origin and Jerome. Those types. The ones we Protestants were protesting against. They believed that the Bible was a very sacred book and also quite dangerous in the hands of an untrained person. We believe that any and every one ought to have equal access to it, and an equal opportunity to exegete and explain it. They believed that it was to be read by holy people, we think it should be read by the average Joe. They believed it should be handled with great care because it’s full of great mystery. We believe that any man, woman or child full of the Holy Spirit can unpack those mysteries. They believed it was for God’s chosen called and anointed ones. We think we’re all anointed. They believed the original languages (plus Latin) were vital for a full understanding. We believe that the easier it is to read the words, the more people can have access to its truth.

And I wonder if we’re both right. The errors of the past are always so easy to see. I can tell the Catholics had a speck in their eye all the way from here. But might there be a log, or at least a small branch, in ours?

I get the Bible quoted to me (at me?) all the time. Facebook is a favorite tool of the almost initiated Bible teachers. They can quote with anonymity. Throw Bible stones and never be caught or called to account. I’ve done it, so i know how easy it is. And it’s kinda fun to be honest. I can level someone with a scripture I pull out of my Bible Knowledge Bag and lob it like a grenade into the enemy’s (I mean, my brother’s) camp before he knows what hit him. And then all my friends “Like” it and make comments about how smart I am and how theologically weak my opponent’s position was in the first place. Others do that to me too, but we know they’re wrong.

The Bible’s a dangerous book. Full of scary truths and confusing stories. I was with a man earlier this week who leads a large ministry – and it’s not confusing to him at all. He also wielded this great Sword with deft accuracy. I know, because he told me so. He know the Bible all right. In King James too. Impressive he was. Was proud that he’d had no official theological training – dang, usually I’m the one playing that game.

I just wonder if what I really need, is more Biblical humility. I often ask folks what Jesus was doing in the temple when he was 12. Almost everyone knows the answer – he was teaching, they say. Nice try, but unfortunately that’s not true. It says he was sitting, listening and asking questions. Three things he was doing: 1. Sitting. 2. Listening. 3. Asking questions.
And they were amazed at his wisdom.

Maybe the Catholics of ole were just more humble. I don’t know because I didn’t know them. But maybe. But either way, I know that I need to be. Sitting. Listening. Asking questions. If Jesus did it, even when he was just 12, I should too.