Hobby Lobby and the Rights of Jesus 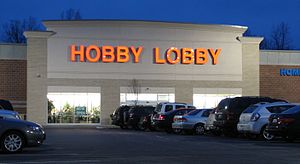 The mega-mart craft store where my wife loves to shop won a narrow victory today in the Supreme Court. They cannot be obligated to pay for their employees’ contraception needs.  And I’m left with mixed feelings.

First of all, few things are ever simple. Never as simple as they appear on the surface, for sure.  There are layers of nuance to this decision – from several angles.  It’s about women’s freedom of choice. It’s about a corporation being a human being.  It’s about religion and the Bible and truth and versions of the truth and grace and….we could go on and on.

Personally I lean a bit towards the liberal side from within my conservative Christian evangelical camp. I know that sounds weird, so let me say it another way.  I believe the Bible is 100% true. Revealed by God for all time to be followed and obeyed – for our benefit.  I do not think abortion is a good idea (except possibly in the rarest of cases). I do think it’s murder.  And I believe a real tangible friendship with Jesus is what everyone needs, and ultimately, wants.

At the same time, I don’t like playing the “I’m a Christian so I get special treatment” card.  Ever.  It’s even a bit more complicated for me since I know the Green family personally. We’ve traveled together to the Middle East twice.  The Greens have been in our home and we’ve been in theirs. In fact, this morning I texted Mart Green and just said “Congrats.”  He responded with a Bible verse from Deuteronomy that was meaningful to his current situation.  They are good people with hearts much better than mine. 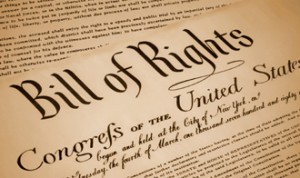 They are politically and religiously conservative Christians that love Jesus and are wanting to follow him with everything they have. They are some of the most generous people I’ve ever met.  They run their business by what they believe are Biblical standards – closing on Sundays like Chick-fil-A and treating their employees with honor and respect.  Demonizing them is silly at best and evil at worst.

But here’s the bigger issue as people who want to follow this way of Jesus.  How do we interpret our rights, and our ability to even have rights?  Basic rights like freedom of speech and religion. Even the big “freedom to choose.”  Thomas Jefferson said we have the right to “life, liberty and the pursuit of happiness.”  Our constitution has the Bill of Rights that guarantee these and we have an army that fights on our behalf to ensure them.

It’s the spirit of our age to not want anyone telling us what to do or think.  Conservatives don’t want government or non-Christians dictating what they do, and liberals don’t want the opposite happening.  We want to be our own boss. Both sides are equally adamant about being in charge of their own destiny.  And yet, when we follow Jesus we chose to lay all that down. We do have someone who tells us and shows us what to do and how to live. And we follow (obey) him!

Based on this way of Jesus, where he chose to lay down his rights, how do we choose to live?  Here are three principles I believe will be helpful in the current debate for a follower of Jesus to embrace:

Do I want others – government or otherwise – telling me what to do? Of course not.  I want to fight for what I believe. Do I want to be obligated to pay for something I either don’t need or don’t believe in?  No.  Is it okay for a company like Hobby Lobby to fight in court for what they believe?  Sure. But it’s a fine line. Because I believe that when I say yes to Jesus I’ve made the ultimate choice. I chose to lay down all of my rights and embrace the ways of the humble servant who gave his life so we can live.