A Radical Idea – by Ted Dekker 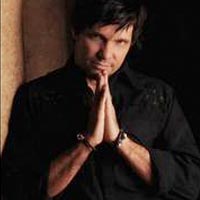 It’s time to let some thoughts die so that you can rise again. With one new thought, your life can radically change.

Sound impossible? Well, it is until you learn to use that one thought.  Maybe ‘thought’ is too narrow a word to describe the power I speak of, but it can and will transform any relationship, any job, any family, any financial challenge, and above all, your self-image. It’s found in an old word that’s been vastly misunderstood.

Forgiveness. Not how we see it, but in the radical way Jesus saw it.

Boring, you say. Been there, done that. Yawn…

Really? Then you are indeed a Water Walker. But in this Easter season I’m going to show you a new side of this powerful medicine that can change everything. Hear me out for just a moment… It’s worth five minutes.

Our lives are run by grievance—even something as small as having a grievance against the annoying sound of someone chewing too loudly causes us to suffer.

Think of all these challenges as the waves on the stormy seas of your life. They threaten to pull you under and drown you. Memories of the past wrongs, fears about future hardship—they all keep you shrinking from life right now. They are your prison.

Our greatest grievances are almost always found in close relationships—in my case, my parents who were missionaries. For many years I buried the pain that came from being abandoned by them at age six when I found myself isolated and completely lost in a boarding school for most of each year. I cried myself to sleep for months, I am told, though I only remember the first few grueling nights.

Only now, decades later, have I radically changed my perception of those years of suffering as something perfectly acceptable by forgiving—or letting go—of any judgment against the situation and the people involved. I’ve let go of an ugly vision of the past and replaced it with love and beauty. I’ve forgiven the past, not by absolving it, but by calling it good, you see? By attributing innocence rather than guilt to those who put me in that situation.

By letting blame die, so that you can leave them in the grave and rise again.

I can hear some saying, “That’s absurd, you don’t know my circumstances.” That’s true, I don’t. But I do know the circumstances in which Jesus practiced and taught us this staggering truth.

My thoughts today grew out of a journey I’ve been taking to re-discover the Way of Yeshua for an upcoming novel titled A.D. 30 which comes out in October. I discovered that none of us were seeing forgiveness the way he taught it.

Most people see forgiveness as a kind of absolution (you wronged me and I choose to absolve you of that injustice, though it’s my right to hold it against you.) Jesus, instead, spoke of seeing no fault in the first place by re-characterizing the injustice. He slept through a terrifying life-threatening storm, then awoke to ask his disciples why they were afraid. He saw no danger. You see, the key is to see no threat from the storm through the eyes of faith. It was how he could walk on water, seeing no threat.

But Jesus went much further, speaking of forgiveness while being abused. And this is the lesson for us on Easter.

Those beating him knew exactly what they were doing, yes? They were torturing him! And yet Jesus had the audacity to say, “Forgive them, for they know not what they do.” He saw the innocence of those abusing him and offered them love in return, following his own teaching to turn the other cheek when attacked by others and to offer that enemy love instead of judgment. As such, his power was stunning.

You see… The cross was death, all that weight of the world. But we live in the resurrection. Taking up your cross is in part letting your offense die so that you too might rise. Will you instead spend the rest of your days on the cross?

One thought: “Forgive them for they know not what they do.” Meaning, they are innocent. No Blame!

Put to death blame. Then rise again without that cross that bears you down. One thought and your world will immediately shift in any given situation. No more grievance against husband, wife, daughter, son, father, boss, friend, self. You are free for you have not been wronged.

This is what Jesus asks us to do (Col 3:13: Forgive others in the same way the Lord forgave you) knowing that it frees the one who forgives far more than the one forgiven. The idea of letting go is deeply repulsive to our natural minds and doing so completely is perhaps impossible without knowing our Father’s love in a profound way. But its transformative power cannot be denied.

On the flip side, unless or until we do let go of our offense against any particular situation or person, we remain imprisoned by it. This, too, cannot be denied.

Imagine what your life would be like if you could immediately let go of any hurt caused you by any person or situation—if you had no fear of the future bringing you pain. But you can! Try it. Be free of fear and pain and embrace the life you have through forgiveness this Easter. Speak forgiveness to the storm and the waves that seem to threaten you. Walk over the troubled seas in your life.

Try it and feel your spirit soar. This is the Way of Jesus in A.D 30 and now.