Why I Do What I Do 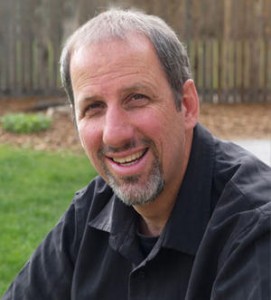 Our daughter asked me a couple months ago – once she saw all that we’re doing, “Dad why do you do all these things? Do you enjoy them?”

It’s actually a really good question. Chris and I have been touring around the eastern part of the Arabian Gulf for a month now, visiting friends and making new ones.  Traveling from city to city via our little rented Nissan Sunny (Sentra, in the States).Getting lost.  Trying to find the right turn on our GPS that seems as lost as we are. Sleeping in different beds and in homes with people we don’t always know.  Meeting someone one day and having dinner with them the next.

The next Simply Jesus gathering is about to be announced.  An amazing list of gifted speakers who love and communicate the heart of Jesus as well as anyone in the world. Next April – 2015.  It’s a ton of work.  Hundreds of hours already and we’re 11 months away.  Contracts and negotiations . Hotels and flights and who gets to speak in which time slot. (No one wants the Friday afternoon at 4:00 time….odd.)

The 100 plus emails a day that make me tired – and I have three people who help answer them. The seemingly endless amount of administration that these trips require.  Passports and visas. Plane tickets and car rentals.  Money needing to be raised.  Gifts given by total strangers.  New BFF’s and always a few who don’t like the way I do or say something.  Facebook and Twitter pages to be managed and blogs to be written.

William Jessup University online courses to teach – six of them to be exact.  Can you imagine how much works that’s been?  I spent two years languishing in internal bureaucracy before they even began last Fall.  Now we have six courses with four professors, and man is it ever a ton of work.

Answer:  Jesus.  And here’s what I mean by that:

Jesus has called us to follow him and this is where he’s led us.  Simple as that.  It’s not to “save people.”  It’s not to preach. It’s not to start things.  Or to have a voice, or a platform. It’s because he’s asked us to.  I think we used to call this “Obedience.” Sort of a lost word in our vocabulary.

I like to call it having Adventures in saying YES.  (Oh, that’s the title of my new book.)