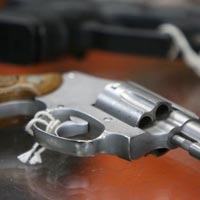 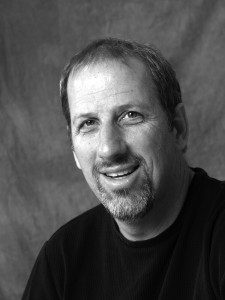 In light of the recent terrorist attack in Santa Barbara I decided to write totally off topic.  This is my gun control proposal. Simple, clear and direct.

First of all, you need to know that I’m for the right to bear arms.  (Loosely given to citizens in the Second Amendment, although it arguably applies to local militias not every citizen. And “citizen” meant something very different 200 years ago anyway.)  I have belonged to the NRA, although I don’t currently.  I am an avid hunter. I love to shoot clay pigeons and I belong to a hunting and shooting club east of Denver. Everyone I knew growing up had guns.  We used them to hunt animals which we ate.  Sometimes we just went out in a field and shot coffee cans full of water.  Pretty fun stuff.

So I’m not against owning guns. Quite the contrary. I own several.

And it’s hard to say what Jesus would say or do in this case.  He’s silent on most issues of the state, seemingly happy to leave it to our good (or bad) judgment.

Like so many arguments, both sides react to the extremes of the other side and then, in turn, overreact.  The extreme on one side (that I grew up with) says something like this:  We can’t make any regulations on gun ownership because it’s a slippery slope.  We ban one gun and the next thing you know we become a communist state where only the government has guns.  Oh, and the criminals.

The other side sees that as a silly reactionary argument and points to the waves of gun crimes that are unique to America and says things like this: No one really needs a gun. They don’t need to hunt because we have grocery stories.  Places like England and Australia, where guns are difficult to acquire have very little gun violence.

So here’s my proposal:

1.  No one can buy a gun unless they are 21 and an American citizen.   (I’m speaking for Americans only here.)

2.  They have to pass a rigorous background test.  Criminal records or mental illness means they cannot own a gun.

3. There should be a 5 day waiting period.  (That would be how long the background test takes.)  If someone needs a gun NOW there’s a problem.

4.  All assault weapons are banned and the ban is retroactive on guns already owned. There’s a buy-back program for such weapons.

5. Only licensed dealers can sell guns. Not pawn shops and not individuals.

Most statistics say there are nearly 300 million guns in the hands of American civilians.  That’s almost one per person.  So the effect of these laws would take time.  It’s not a quick fix, but does address the issue in a reasonable and responsible manner.

Healthy adult citizens of America should not be nervous about a background check or a waiting period. If the firearm is being purchased for hunting or recreational shooting then it can surely wait 5 days.  Only criminals need guns “today.”

It’s time we call our lawmakers to account on this issue.  No more extreme posturing as if this is too difficult to solve.  It’s not at all.  Repost this and let’s see if we can get some traction.