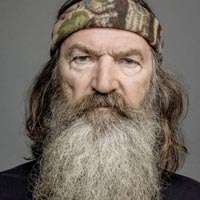 Growing up, I don’t remember any Christians being mad at anything. We weren’t engaged, and we were happy. Racial issues were for “those people in the South” to deal with. Issues of sexuality were never talked about. Women’s rights were an “interesting discussion” that some folks in New York City were having. And Al Gore hadn’t invented either the internet (so we could follow these bad things) or Global Warming.

And…we were in the dark. At least Evangelical Christians were. I’m not sure if we didn’t care or didn’t know. Or both. But ignorance, is indeed, bliss.

Now it seems the opposite is true. We’re upset about everything. World Vision wants to employ and give benefits to gay couples. Oops, no they don’t. Duck Dynasty’s stars say some things that are racist and/or anti-gay. We’re concerned that our planet is melting and the seals and whales are dying. That the movie Noah isn’t biblical. And obviously that Muslims are taking over the world and killing people everywhere. And we’re upset about it.

I’ve seen this phenomena in my work. I take conservative politicians and Christian leaders on Middle East trips from time to time. They go in very pro-Israel and fairly clear about what’s right and what’s wrong. Then they actually meet people in Lebanon. They meet Palestinian Refugees there. They didn’t even know there were Palestinian refugees. Then we travel to the West Bank and they see checkpoints and a huge wall and Israeli soldiers and hear real stories from real Palestinian people who are being hurt and oppressed….and….my friends get angry.

“Why don’t I know about this?” is the most common statement I hear. “We need to let people back in America know the truth” they say. I agree. But I also caution them. Because unbridled zealotry can be harmful. It will cause our friends here in the West who think they know the truth to be even more stubborn and unwilling to learn when confronted with their worst fears and the realization that those fears aren’t even true.

And that’s it – fear. I wonder if this “being against stuff” trend that I see in blogs and posts every day mostly about fear? We’re afraid we’re losing our identity. Or, that our identity has been placed in the wrong thing and we’re not sure what the new thing is. Or is it fear that we’re losing power? Or that others are using power against us?

Whenever I feel the urge to caution or warn or explain, I have to wonder why. Why do I feel the need to do that? It almost always exposes something deeper within me. A need to be heard and understood. A need to feel secure in who I am, what I’m for and who’s not on my side. Insecurity.

I often think of all thing things Jesus should have spoken against in the year 30 AD. All the issues we have today, he had, and more. Abortion. Bad theology. Religious leaders using their power for the wrong reasons. Sexual everything. Bad politics and corruption and abuse of power. He lived in the middle of that every day.

And…he spoke of a coming Kingdom that was greater than all of these issues. He was focused. Didn’t lose track or lose touch. He did spend some time speaking out against his own religious leaders and their hypocrisy and that’s about it.

i want to be the same. Continually taking the logs out of my eye and lifting up Jesus. I’d rather be for Him than against a Christian organization, a TV show, an environmental issue, a movie, or 1.6 billion people. Jesus is better.